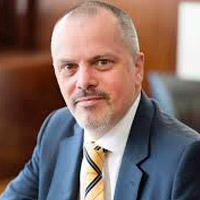 Professor Tim Green is Co-Director of the Energy Futures Lab, an institute that promotes and stimulates multi-disciplinary research, education and translation in energy at Imperial College London. His research is in formulating the future form of energy systems to support zero carbon futures and in particular the exploitation of the flexibility of power electronics to achieve high penetrations of variable renewable energy. He has researched Soft-Open-Points for enhanced operation of distribution networks, High Voltage DC for international interconnection and the stability of inverter-dominated grids and microgrids. He is a fellow of the Royal Academy of Engineering and IEEE.

Keynote: Solutions for stability of electricity grids with high penetration of inverter-based resources

The replacement of electro-mechanical machines by inverter-based resources (IBR) is fundamentally changing the dynamics and stability properties of grids, and further, the growth of small-scale resources raises the curse of dimensionality. How should theories and tools for stability analysis evolve to tackle these new properties and new dimensionality? This talk reviews recent progresses in stability analysis techniques including review of synchronisation across traditional generators, grid-following inverters and grid forming inverters and black-box, grey-box and white-box views of participation of individual IBR in modes of the system. Under pinning this are modelling techniques employing impedance spectrum models and new techniques in order reduction. Together, these methods offer useful advances for simplification and interpretation of complex grids and have been combined into a toolchain for automated stability analysis of large-scale grids. 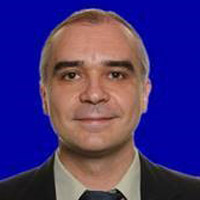 Josep M. Guerrero received the B.S. degree in telecommunications engineering, the M.S. degree in electronics engineering, and the Ph.D. degree in power electronics from the Technical University of Catalonia, Barcelona, in 1997, 2000 and 2003, respectively. Since 2011, he has been a Full Professor with the Department of Energy Technology, Aalborg University, Denmark, where he is responsible for the Microgrid Research Program. From 2019, he became a Villum Investigator by The Villum Fonden, which supports the Center for Research on Microgrids (CROM) at Aalborg University. He,Prof. Guerrero, is the founder and Director of the same centre (www.crom.et.aau.dk)

His research interest is oriented to different microgrid frameworks in applications like microgrid clusters, IoT-based and digital twins, maritime microgrids for electrical ships, vessels, ferries and seaports, and space microgrids applied to nanosatellites, lunar bases, and closed ecological systems. Prof. Guerrero is an Associate Editor for a number of IEEE TRANSACTIONS. He has published more than 600 journal papers in the fields of microgrids and renewable energy systems, which are cited more than 60,000 times. During seven consecutive years, from 2014 to 2020, he was awarded by Clarivate Analytics (former Thomson Reuters) as Highly Cited Researcher with 50 highly cited papers.

This talk will begin by introducing the control of microgrids, the parallelisms with the human brain and the research for possible sources of inspiration in last frontiers of neuroscience. Then, control in electric power systems of satellites and space platforms will be presented, showing approaches that are extended from terrestrial microgrids and explaining the differences and challenges when it comes to apply them out in the space. Further, multi-microgrid systems will be discussed for moon craters in future lunar manmade bases. Finally, the extension from the hierarchical control of microgrids to bioastronautics in the control of closed ecological systems to support with oxygen, water, and food to the astronauts and creating thus creating new ecosystems for the moon and future mars bases. 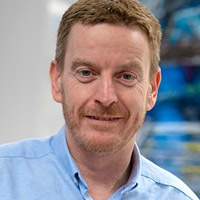 Carl Ennis is Chief Executive of Siemens plc and Siemens Smart Infrastructure. He has worked in the power industry for more than 35 years. He is an engineer first, with a real passion for the breadth of the discipline. Having started his career as an apprentice, he is a keen advocate of the skills and diversity agendas, recognising the need for new and diverse thinking in ever-changing markets.

He has worked for Siemens for over 20 years, having been responsible for a number of the UK businesses, and has also spent 3 years living in Shanghai with responsibilities for the Power Services business across Asia Pacific. He is a Chartered Engineer, a fellow of the IET, sits on the President's Committee of the CBI, is Chair of Net Zero North West, a member of the Board of EngineeringUK, a member of the Government's Build Back Better Business Council, and a Visiting Professor of Practice at Newcastle University. .

Keynote: From software to savings - using digitalisation to unlock energy efficiency and sustainability

Siemens globally supports their broad customer base to improve their productivity and journey towards, sustainably, achieving their net zero targets. However, businesses have many different constraints making every journey different, whether they are an SME or multinational. But thanks to Energy Solutions at Siemens, digital toolchains are providing insight, clarity and data allowing organisations to design tangible roadmaps to net zero. Siemens is collaborating with a number of progressive universities around the UK on digitally enhancing their facilities to sustainably deliver decarbonisation goals and reduce energy costs. One of the key enablers is the use of Siemens industrial software to create digital twins of the facilities and campus, which then incorporate our automated energy management systems to establish the best systems optimisations. As we spend 90% of our lives in buildings, it is important that these designed spaces can be realised for comfort, efficiency and safety, and that can be optimised in real-time to adapt to the conditions - this then has an impact on energy use, occupant density, facility design (storage, efficiency, safety in COVID-19 and heating and cooling). 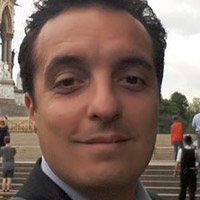 Pierluigi Siano (M'09-SM'14) received the M.Sc. degree in electronic engineering and the Ph.D. degree in information and electrical engineering from the University of Salerno, Salerno, Italy, in 2001 and 2006, respectively. He is a Professor and Scientific Director of the Smart Grids and Smart Cities Laboratory with the Department of Management & Innovation Systems, University of Salerno. His research activities are centred on demand response, on energy management, on the integration of distributed energy resources in smart grids, on electricity markets and on planning and management of power systems. In these research fields he has co-authored more than 550 articles including more than 300 international journal papers that received in Scopus more than 10,100 citations with an H-index of 49. In 2019 and 2020 he received the award as Highly cited Researcher by ISI Web of Science Group. He has been the Chair of the IES TC on Smart Grids. He is Editor for the Power & Energy Society Section of IEEE Access, IEEE Transactions on Power Systems, IEEE Transactions on Industrial Informatics, IEEE Transactions on Industrial Electronics, IEEE Systems, Open Journal of the IEEE IES, IET Smart Grid and IET Renewable Power Generation.

Keynote: Distributed Parallel Optimization for a Large-Scale Aggregation of Prosumers 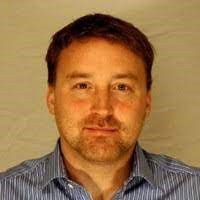 Tilo Buehler is the Global Product Manager of the Hitachi ABB Powergrids Grid Edge Solutions business. He is shaping a product and solutions portfolio for the management of distributed energy resources that find applications in microgrids, large renewable power plants or advanced distribution networks. The Grid Edge Solutions portfolio includes battery energy storage, real time control, energy management, and a cloud based digital service offering. For him it is a fascinating opportunity to support the energy system transformation towards a more sustainable future, implementing innovative concepts to electrify the transport sector, integrate renewables into the power grid and enable novel business models across diverse market segments. Tilo has 15 years of experience with Hitachi ABB PowerGridâ€™s, having worked in diverse roles from applied research to technology management. He holds a PhD in Physics from the University of New South Wales in Australia.

Energy systems are currently undergoing several coincident paradigm shifts. Global megatrends of electrification, digitalization, and decentralization are reshaping how we plan, address, and operationalize for the energy needs of the next generations. Sector coupling, in particular between power and transport as mobility is increasingly powered by batteries, will create new opportunities and require new solutions spanning these sectors.

In electricity networks there is a massive concomitant trend towards adding large amounts of renewable and distributed energy resources (DERs) near the edge of the network. In other words, this means more renewables, more battery storage but also more flexible management of loads in the electrical distribution systems. Such a fundamental change in asset portfolios, and new ownership models such as prosumers, requires novel ways of managing the network, leading to the implementation of microgrid and microgrid-like grid edge solutions that locally combine DERs. It also leads to large numbers of these grid edge solutions and other DERs that are aggregated into virtual power plants. Increasingly affordable battery storage and solar generation are key technology drivers, but the benefits of these are unlocked by end-to-end digital solutions integrating real time control with cloud-based asset managing.

The electrification of the transport sector emphasizes the need for reliable, flexible, and resilient electricity supply. In my presentation I want to highlight how automation and storage play a key role in successful sector coupling, illustrated by smart charging concepts for commercial electric bus and fleet depots. The combination of intelligent energy management solutions for charging in depots together with battery energy storage can contribute towards reducing peak demand charges, avoiding overload conditions for the grid interface and also allow for integration of local renewable generation or the provision of network services.